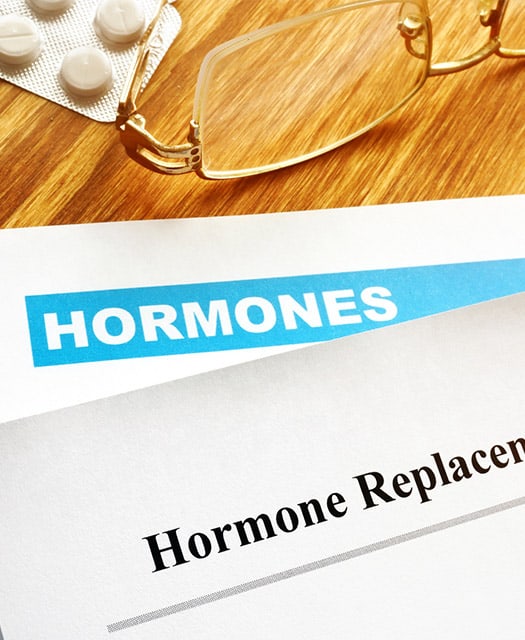 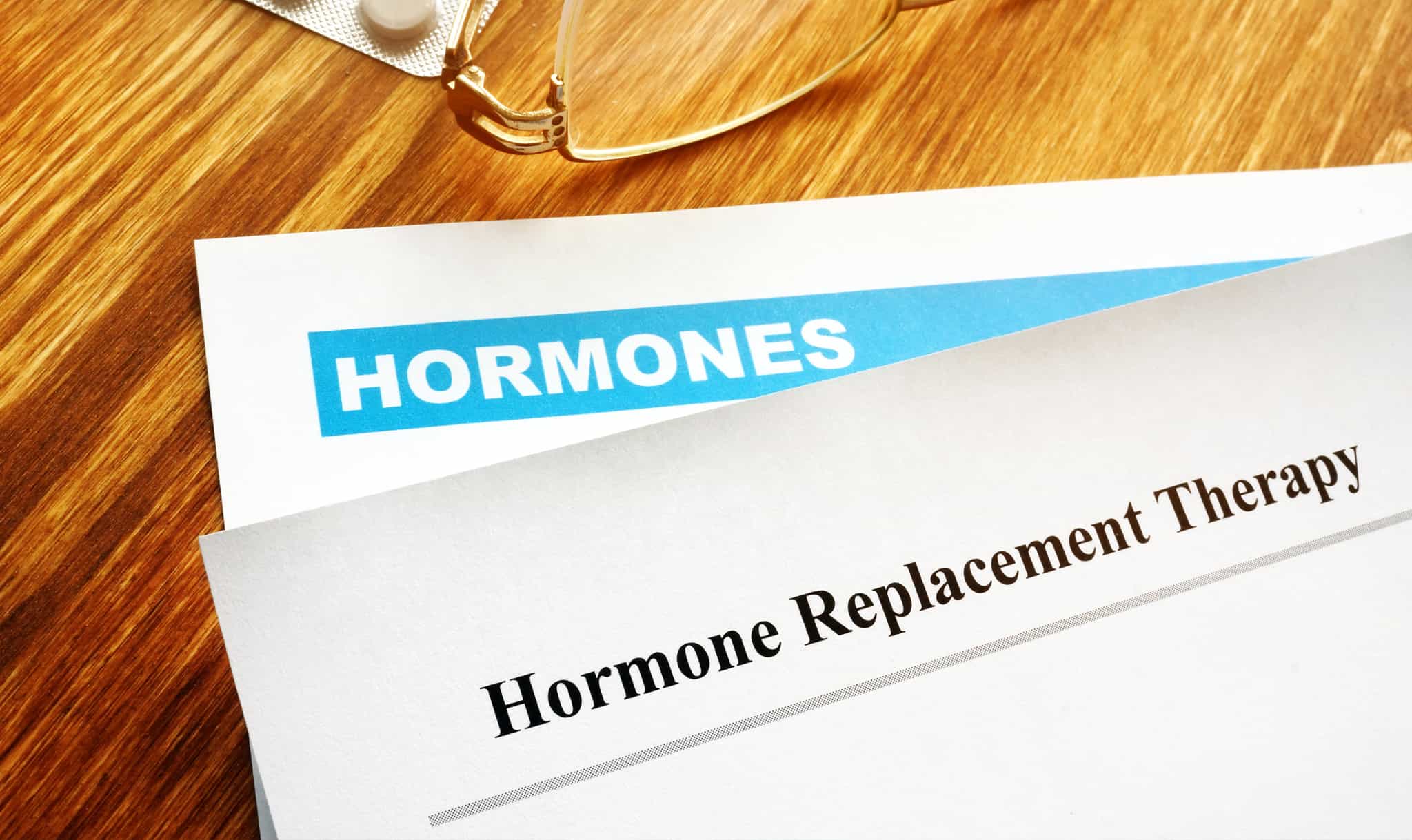 First, there’s the concept of “natural” hormones. Natural is a word that’s not well-defined. You can have a natural banana and artificial banana flavoring. The sun provides natural sunlight but a sunlamp gives off artificial light. Natural Light® is a brand of beer that might have something natural about it, but I’m not sure what that would be. The FDA, in relation to “natural foods,” considers “natural” to mean “nothing artificial or synthetic has been included in, or has been added . . . .”

Natural is defined in Merriam-Webster’s dictionary as “existing in or produced by nature : not artificial.”1

Natural hormones could reasonably be assumed to be hormones that exist in or are produced by nature. Hormones could also be considered natural if nothing artificial or synthetic has been included in them.

Hormones that do not come directly from natural sources but which are synthesized in a laboratory from a chemical precursor are sometimes referred to as synthetic hormones. A chemical precursor is a basic structure that’s chemically similar, but not identical to a hormone we’re looking to create. The pharmaceutical industry has developed the technology to chemically alter that precursor to make it into a useful hormone in the last 100 years.

Synthetic is defined in Merriam-Webster’s dictionary as “of, relating to, or produced by chemical or biochemical synthesis especially: produced artificially.” 2

Bioidentical hormones are hormones that are exactly the same as human hormones, in every way.

Note that the definition of bioidentical does not mention anything about the original source of a substance, whether plant, animal, or pharmaceutical laboratory.

Human females have suffered from menopause for millennia. In the late 19th and early 20th centuries, researchers discovered hormonal solutions that could be prescribed to relieve menopause symptoms. The first hormonal solutions originally came from the ovaries of cows and pigs, and eventually from the urine of horses. Technically, these hormones would most appropriately be classified as “natural” hormones.

Conjugated equine estrogens have been the most widely prescribed form of estrogen for menopause since the 1940s. If you crush a sugar-coated Premarin® tablet, it smells like [natural] horse urine, because conjugated equine estrogens are derived from pregnant mare’s urine. The process by which conjugated estrogens are made into oral tablets is considered a “trade secret” only known to Pfizer®, the drug manufacturer (originally Wyeth-Ayerst®). Whatever is involved in that process, the estradiol, estrone sulfate, equilin sulfate, and other conjugated estrogens contained in Premarin® come directly from horses. Some, but not all, the hormones in Premarin® are exactly the same as hormones produced in the human body.

By definition, conjugated equine estrogens are “natural” hormones. They are not “bioidentical,” since they are substantially different, chemically, from human hormones.

“If you crush a sugar-coated Premarin® tablet, it smells like [natural] horse urine.”

Armour® Thyroid – Natural but not Bioidentical

Another example of a “natural” hormone that is not “bioidentical” is Armour® Thyroid. Desiccated porcine thyroid is derived from the dried thyroid glands of pigs and mixed so it provides 38mcg of levothyroxine (T4) and 9mcg of liothyronine (T3) per dosage unit (i.e.tablet). While Armour® Thyroid does contain some of the same thyroid hormones that are found in humans, it also most likely contains hundreds of other components that are only found in pigs, just as Premarin® contains horse hormones. The hormones in Armour® are not exactly the same in every way to human hormones.

Development of Commercial Progesterone and Estradiol

Plants do not make human hormones like estradiol, testosterone, or progesterone. Estradiol and other hormones given to human patients are synthesized from plant precursors. Although the original source of the precursor chemical may be a plant, the process of synthesizing hormones takes several steps away from the original plant ingredients.

“Plants do not make human hormones like estradiol, testosterone, or progesterone.”

In the 1930s, progesterone was incredibly expensive, over $200 per gram. It was simply not economically feasible to use progesterone as a commercial drug in humans at any scale. Without taking into account inflation, a typical progesterone prescription (about 100 days’ supply of 100MG capsules) might cost around $2000 in 1940 dollars. By comparison, the median price of a new house in 1940 was $2900. In today’s dollars, the ingredient cost of a progesterone prescription would have been around $36,000.

“In today’s dollars, the ingredient cost of a progesterone prescription would have been around $36,000.”

In 1942, a Penn State biochemist named Russel Marker developed a system of hormone synthesis from a hormone precursor chemical from Mexican wild yams called diosgenin. The 5-step process (named the “Marker Degradation”) converted diosgenin into several different molecules, including pregnenolone and progesterone. Marker had accomplished synthesizing a purified form of progesterone from a diosgenin precursor, something that had never been done before.4,5 The 5 step process of synthesizing progesterone from diosgenin is illustrated in the diagram below.

Marker perfected his process and eventually was able to make progesterone at a much lower cost, somewhere around $0.48 per gram, not adjusted for inflation. Once the cost of progesterone had been decreased by 400 times, it became economically feasible to use synthetic hormones in humans. The progesterone Marker made could also be converted into estradiol, testosterone, DHEA and many other chemically analogous hormones, easily and inexpensively. Marker’s process has been applied to plant-derived precursors found in soy and other plants.

“Marker perfected his process and eventually was able to make progesterone at a much lower cost, somewhere around $0.48 per gram, not adjusted for inflation.”

There were 2 characteristics of these “new” hormones:

First, the hormones produced by Marker were technically not “natural.” These hormones had gone through at least 5 chemical steps (or more) beyond the natural ingredient that came from a plant, diosgenin. They had been synthesized in a laboratory and were chemical distinct from their original precursor (diosgenin) extracted from Mexican wild yams. Mexican wild yams contain exactly zero progesterone and zero estradiol.

By definition, estradiol, progesterone, testosterone, and other hormones created through the Marker degradation or any other synthetic process are “synthetic” hormones.

Marker’s Estradiol and Progesterone were “Bioidentical”

Second, these hormones, because they were synthesized in a lab, were chemically altered to be exactly the same as human versions of hormones. The word wasn’t used until 55 years later in 1997,3 but Marker had paved the way for hormones to be made “bioidentical.”

Bioidentical is a portmanteau. A portmanteau is a combination of 2-word parts somebody decided to put together because they made sense and expressed an idea succinctly.

In this case bio=“relating to life” + identical=“similar in every detail, exactly alike”

The two word parts put together indicate something that’s exactly alike in a biological sense.

It’s likely that each of these parties is at least partially right about the phrase “bioidentical hormones.” The word “bioidentical” vividly describes hormones that are biologically and chemically identical to the hormones that come from life or in this case, from the human body.

At the same time, “bioidentical” truly is a “made-up term” and that has been used as a way to market or promote hormones for sale.

Conjugated equine estrogens (Premarin®)  and desiccated porcine thyroid (Armour® Thyroid) are natural hormones that are not synthetic and not bioidentical.

The estradiol, testosterone, progesterone, levothyroxine (T4), and liothyronine (T3) ) used to make hormone replacement therapy are not natural but they are synthetic and they are bioidentical.